A play full of laughter and no words, touching the smallest and greatest questions of existence.

What would have happened if four curious creatures discovered the tree of knowledge before Adam and Eve?
Three males, a female, an apple and the voice of God portray the connection between acts of God, human instinct, passion and love.

This story looks upon the myth of birth of humanity from a different point of view, using humor and fantasy, whilst dealing with the idea of “sin” and the price that humans pay for it.

Monkey Business it’s a street theatre visual allegory that using adventurous metaphors and fantasy, transform the humanity into a video game that is being leads by an heroic woman. 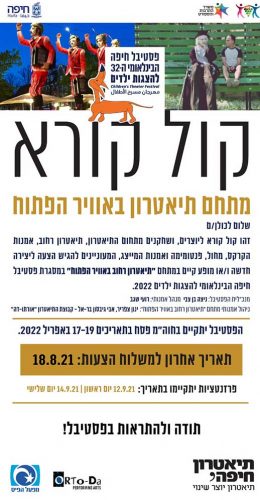